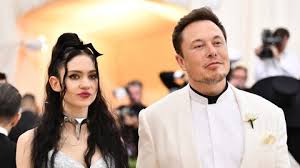 California law did not allow the original name “X Æ A-12” for the newborn of Elon Musk and his partner. Now the parents have adjusted this in one place.

The boy should now be called “X Æ A-XII”. Grimes wrote this on Instagram when asked by a fan whether the child’s name had been changed.

According to California law, “Roman numerals” are allowed, wrote Grimes, whose real name is Claire Boucher. They would also look better if you were honest. A dash is also allowed, she added.

In the past, the Canadian woman explained the origin of the name as follows: “X” stands for the unknown variable; “Æ” means artificial intelligence in its elven language; “A12” refers to the name of “our” favourite aircraft, a military aircraft: “Great in action, but peaceful”; “A” also refers to her favourite song “Archangel”.

This is how the name is pronounced

In a podcast with Joe Rogan, Elon Musk explained how the unusual name of his son, who was born on May 4, is pronounced: the X is pronounced quite normally. The Æ is pronounced like the English word for ash, meaning “Ash”. A-Xii just stay A-12. The whole name would sound something like this: “Exasch Ay-Twelf”.

Euro NCAP test: Tesla’s assisted driving is excellent, but it lacks in monitoring the driver

SpaceX, who are the astronauts Rob Behnken and Doug Hurley who go to the ISS today, 27 May 2020