With promotional video: Tesla celebrates handover of the first Model 3 with a large battery from Giga China 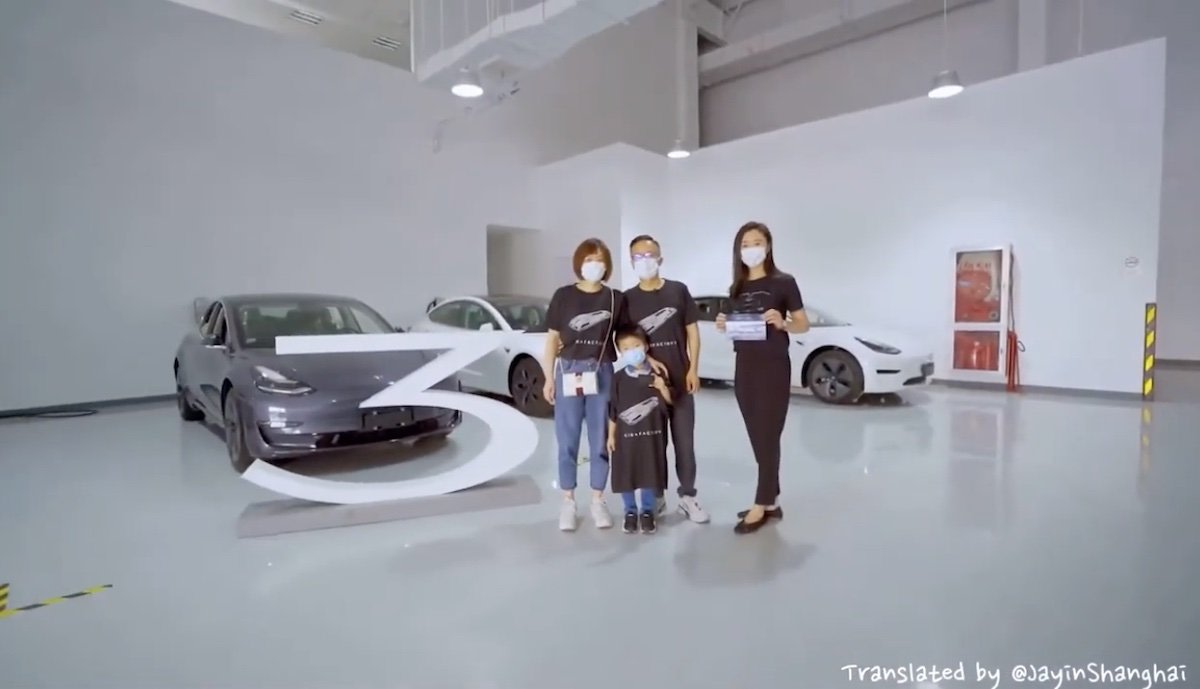 In China, the clocks for Tesla seem to go differently. Despite the Corona break in February, production in the Gigafactory there has been increasing month by month since the beginning of the year and is now expected to reach 4000 Model 3 per week in June. A significant drop in sales of the Model 3 in April does not fit well into the positive picture, but Tesla seems to oppose it not only with convincing electric cars in China than in the West, but also with traditional marketing means: to hand over one of the first models 3 from the Gigafactory in Shanghai with a large battery, Tesla has now released a conventional advertising video.

The video was not released in western media, but found the way from Tesla’s account with the Weibo service to YouTube via a Chinese Twitter user. In it, a telephone rings in front of a black picture and a female voice explains to a Mr. Lee that his Tesla Model 3, built in China, is ready for delivery with a large range. Then there are pictures with music from the pick-up in Shanghai, which also includes Lee’s wife and child, all with masks and T-shirts with a Gigafactory motif.

A Tesla employee with a mask bows the key card and in the next scene Lee’s wife is at the wheel – a gift, as the man explains. After a briefing, the family drives from the farm with a happy wave. Then other collectors follow briefly, according to overlays in several other cities, at the end only a Tesla logo is shown.

In the West, it would not only be hard to imagine such personal support when picking up Tesla – not only since and not only because of the coronavirus crisis has the company tried to do as much online as possible and as little as possible in direct customer contact. In China, Tesla seems to be doing it differently. Already at the official delivery start of the first Model 3 from the local Gigafactory this January, there was a celebration to which CEO Elon Musk personally flew in (and then danced). Videos like the current Tesla also publish relatively frequently in China, while they are rare in the West. And even paid advertising for Tesla in China may have been there at least once recently .

China’s most important market for Tesla

Perhaps the closer support in China, and if it is only mediated through the media, is due to fundamentally different customs in the country, or perhaps it is also due to the fact that Tesla is dealing with much stronger local competition there than in the West – and there at the same time there year every 200,000 planned for the local Gigafactory Model 3 also sell wants. This would make China well over a third of the 500,000 electric car deliveries worldwide that Tesla has announced for 2020 as a whole. And the country is huge, but also poorer than North America or Europe.

It was already known at the beginning of April that the local Gigafactory based on the Tesla Model 3 with a smaller battery (standard range plus) would soon also produce the variants with a larger battery, i.e. maximum range. At first it was even said that in addition to the usual performance variant, instead of the all-wheel-drive variant in China, the one with purely rear-wheel drive and a large battery (Model 3 LR RWD) would be offered , which has a little more range and is no longer available in the West. On Twitter and in Tesla media, the latest video reported that deliveries of this RWD Tesla had started. On the Tesla website for China , however, in addition to the SR +, only the Model 3 Performance and, as in the West, the LR AWD variant are available.

Another electric crossover before Tesla Model Y: Hyundai with 800 volt technology is coming